Vancouver, B.C. May 20, 2015: (TSXV: DSR) (“Desert Star” or the “Company”) is pleased to announce the appointment of R. Stuart (Tookie) Angus to the Company’s advisory board. Mr. Angus is an independent business advisor to the mining industry and is presently a director of Wildcat Silver Corp. and Chairman of Nevsun Resources Ltd. He was formerly Head of the Global Mining Group for Fasken Martineau. For the past 30 years, Mr. Angus has focused on structuring and financing significant international exploration, development and mining ventures. More recently, he was managing Director of Mergers & Acquisitions for Endeavour Financial and was responsible for merger and acquisition mandates. Mr. Angus is the former Chairman of the Board of BC Sugar Refinery Limited, he was a Director of First Quantum Minerals until June 2005, a Director of Canico Resources Corporation until its takeover by Brazil’s CVRD in 2005, a Director of Bema Gold Corp. until its takeover by Kinross Gold Corporation in 2007, a Director of Ventana Gold Corp. until its takeover by AUX Canada Acquisition Inc. in 2011 and a Director of Plutonic Power Corporation until its merger with Magma Energy Corp. in 2011.

The Company would also like to announce a private placement (the “Private Placement”) for gross proceeds of $115,000, through the issuance of units (each a “Unit”) of Desert Star, at a price of $0.15 per Unit. Each Unit is comprised of one common share and one transferable common share purchase warrant (a “Warrant”). Each Warrant entitles the holder to acquire one additional share of Desert Star for a period of two years from the date of issuance at a price of $0.25 per share. Mr. Tookie Angus will be subscribing for $100,000 of this financing. 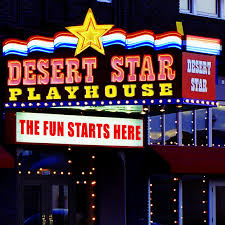